ACTNews, GAZA - An agreement between Palestine and Israel that was facilitated by Egypt was admitted. One of the agreements is determining the Fishing Zone in Gaza waters. Palestinian Fishermen, especially in Gaza, was given maximum 28 Kilometer Fishing Zone off the Gaza Coast.

According to one of the fishermen, in the past 10 years of Israeli Blockade, they are only allowed to fish on 11 to 22 kilometers off the Gaza Coast. However, on an interview with Al-Jazeera, the fishermen stated that Israel limits the Fishing Zone to mere 1,85 Kilometers.

At the moment, even after the agreement, Israel was still reported to launch rockets on the fishermen. The distance range of the attack was 6 miles or 11 Kilometers from the coast. On Tuesday (30/4), the Israeli stated that this action was taken as a response of rocket fired from Palestine on Monday (29/4) evening. “That is just an accusation to attack Palestine,” stated one of the Palestinians source to Al-Jazeera.

Zakaria Bakr from Gaza Fishermen Union stated that the accusation and attack launched by Israel is a violation of the Fishing Zone Agreement, and there are no major effects on the Gaza blockade from this violation. “The Israeli always find excuses and accusations to decrease the Fishing Zone in Gaza Waters, this is systematic oppression,” said Bakr. 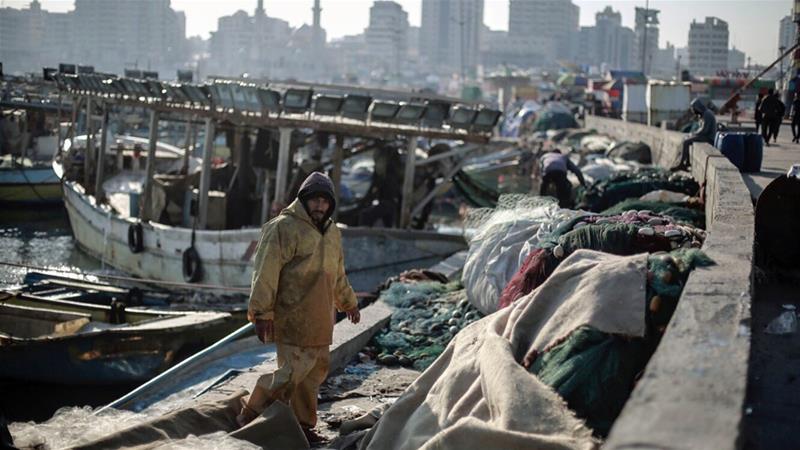 In Gaza alone, there are at least four thousand residents that work as Fishermen. However, the narrow Fishing Zone cannot accommodate the demand of fish to sell and breed. As a result, the population of fish is declining, and it leads to Fishermen decreasing income.

The violation of the Fishing Zone agreement will heavily affect the Fishermen, especially towards the Holy Month of Ramadan. The rising need for fish is unparalleled by the availability of fish and decent fishing equipment.

Air, land, and sea blockade that was Imposed by Israel to Gaza has caused severe consequences for the fishermen. The limited fuel supply for their ship makes them unable to sail the ocean--even when they are given vast Fishing Zone to explore. Furthermore, the lack of material to repair their damaged ship--either caused by age or damaged by Israeli attack--has caused them to salvage their ship instead of fixing them. []

A Waqf Well Provides Water to the Andalusia Mosque in Gaza