Jujun: Fajr Alms is Key to Freedom of Difficulty

"I give alms after every fajr prayer. Even though the money I donate is only IDR 1,000 to 2,000, I do it every day. We will not be poor because we often give charity. We will get blessings,” said Jujun, one of egg martabak (a spicy omelet pancake) sellers in Tangerang City, Banten.

ACTNews, TANGERANG CITY – Walking tens of kilometers through every street, Jujun (52), one of the egg martabak (a spicy omelet pancake) sellers in Tangerang City, Banten, must pass. With his orange cart, Jujun sells egg martabak for IDR 2,000 per portion.

Previously, Jujun was selling in front of SDN Sukasari 3, SMPN 4, and Sheikh Yusuf Islamic University, Tangerang. The implementation of learning from home during the Covid-19 pandemic made him unable to sell there. "My income has decreased drastically by 25 percent during the pandemic," said Jujun, Thursday (12/8/2021).

"With conditions like this, I believe Allah will give a fortune to those who work hard. Sometimes, I get an unexpected fortune. It's hard to explain, and it's Allah’s secret," he said.

Jujun, who comes from Garut, West Java, has three children who are still in school. This is an encouragement for Jujun to seek sustenance amid a shortage of buyers. Sometimes, his egg martabak is not sold out. 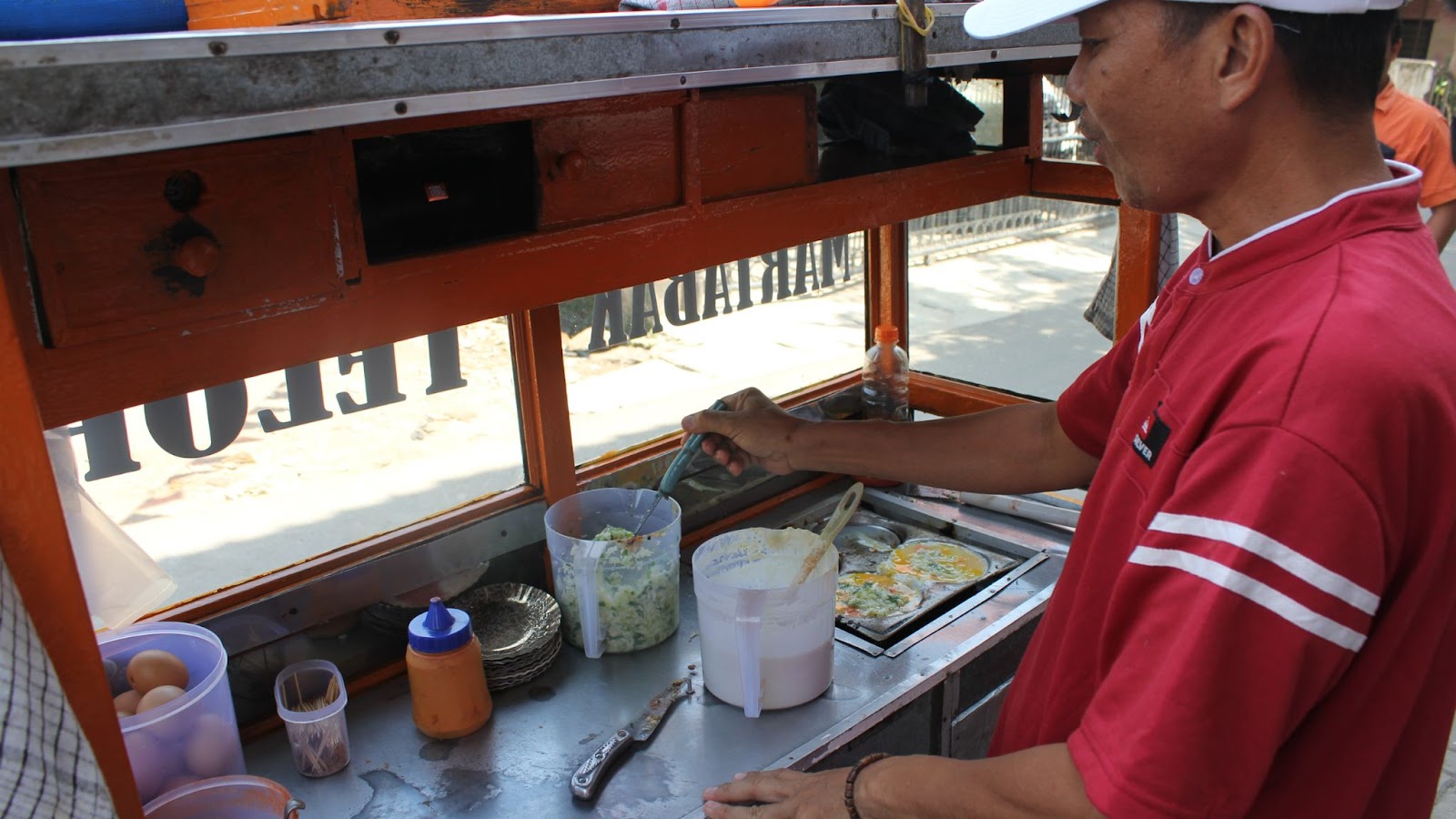 “Sometimes, my sales don't run out, and I only get a little money. However, every 01:30 p.m, I immediately go home. If I sell longer, I'm afraid that my prayer will be disrupted. I live to seek blessings in the afterlife. As humans, we live twice, namely the present life and the hereafter," said Jujun.

Jujun never complained about his difficulties. For him, there will always be sustenance from Allah. "Many people said that during emergency PPKM, it's difficult. I don't think so. If you are close to Allah, there is no problem. I will keep going because certainty comes from Allah. Allah is always with us. Perform worship properly, and the solution will come from anywhere," he said.

“Currently, the price of goods is unstable. I will continue to live because nothing is burdensome for me. There is Allah. Our belief comes from Tawhid (asserting oneness) and Aqidah (creed). It is not about how much we earn but the blessings we get. Alhamdulillah, my children can go to school, boarding school, and college, "said Jujun while holding back tears.

Jujun always taught his family to stick to the principles and be grateful for the sustenance given. Not only that, but Jujun also always applies the principle of sharing with others through fajr alms. "We have nothing to lose if we give charity. We will be blessed," he said.

“There are daily, weekly and monthly alms. For daily alms, I donate through Kencleng Kemanusiaan (Humanitarian piggy bank) from ACT. I give alms after every fajr prayer. Even though the money I donate is only IDR 1,000 to 2,000, I do it every day.” added Jujun.

Jujun has been giving alms for three months through ACT's Kencleng Kemanusiaan. Jujun will help people who need it more than him. “If we hold fast to faith and Taqwa (piety), we will enjoy giving charity. Allah promises that if we give charity once, we will be paid ten times. We will not be poor instead we will get blessings," said Jujun.[]

During the Flood, Mawardi Struggles to Get to Mosque and Rides His Bicycle

Mosque Caretaker in Sukabumi Hopes for a Decent, Livable House

The Mosque is too Narrow, People Decide to Pray on Bamboo Woven Bed