ACTNews, GAZA STRIP, THE WEST BANK – Palestinian civilians are still becoming the victims of Israeli military’s human rights abuses as Israel continues to use excessive force in dealing with the civilians participating in the Great March of Return each Friday. In its 48th week of the protest, Israel killed a Palestinian teenager Yousef Saied Hussain al-Dayjeh (15), as reported by Palestinian Center for Human Rights (PCHR).

Over a hundred Palestinian civilians were wounded during the protest on Friday (2/22), including 10 women, 16 children and a journalist. Three reportedly sustained serious wounds. Additionally, dozens of demonstrators, paramedics and journalists suffered tear gas inhalation and seizures due to tear gas canisters that were fired by the Israeli forces from the military jeeps and riffles in the eastern Gaza Strip.

Not only in Gaza Strip, the Israeli military also fired sound bombs at civilians in The West Bank. Journalist from Wafa Palestinian News Agency, Mashhour Hassan al-Wahwah (35), sustained shrapnel wound to his left foot. A journalist, Moss’ab Shawer al-Tamimy, said to the PCHR’s fieldworker that the Israeli border guard officers violently attacked the journalists, pushed them and shouted at them.

The Human Rights violations happening continuously each week are recorded by PCHR. They stressed that Israel’s actions in targeting civilians who exercise their right to peaceful assembly is a serious violation of the rules of international law. PCHR calls upon ICC Prosecutor to open an official investigation in these crimes and to prosecute and hold accountable all those applying or involved in issuing orders within the Israeli Forces at the security and political echelons.

Israel has continued to close the Beit Hanoun (Erez) crossing for the majority of Palestinian citizens from the Gaza Strip. They aim to tighten the closure on all commercial crossings, by imposing total control over the flow of imports and exports. 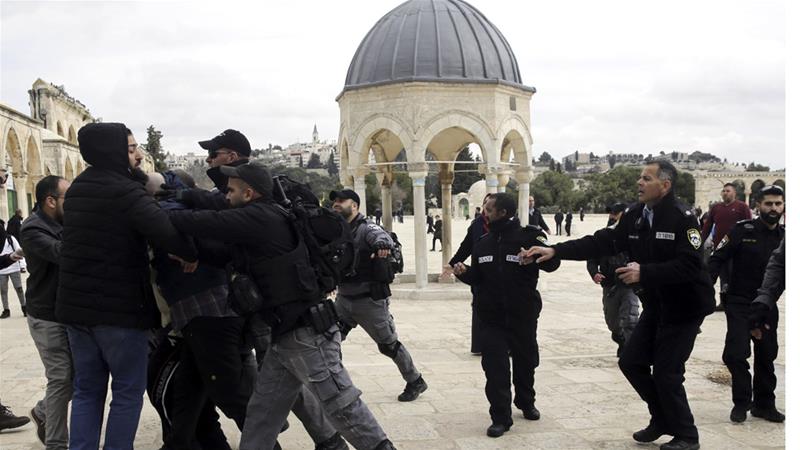 A week beforehand, a massive protest was held by Palestinians inside the Al-Aqsa Compound. The protest was caused by the closure of al-Rahma Gate by Israeli Police on Monday (2/18). This incident has caused Adnan al-Husseini, Palestine –appointed governor of Jerusalem, to speak.

“Israel tries to make al-Rahma gate an abandoned region to facilitate the annexation, “ he said in a press conference in Ramallah, West Bank, last week. []

Gazan Farmers Suffer from Crop Failure Due to Heatwaves