ACTNews, DJIBOUTI – The temperature inside the shelters in Markazi refugee camp is often too hot to bear, reaching around 35 degrees Celsius. The intermittent electricity could potentially turn the metal shelters “worse than oven”, as reported by Al-Jazeera, Friday (3/1).

Ahmed Muhammed Ali was among the refugees living in Markazi refugee camp. For three years, he had been living with his family in one of UN-funded refugee tent in Markazi camp before his family received one of the 300 temporary shelters sent by Saudi Arabia. The eldest of four children, Ali said it was his duty to look after his siblings and mother after their father passed away.

Ali told Al Jazeera about the challenges he has to face living in the refugee camp, especially about the intermittent electricity. "We get about four hours of electricity in the morning, and then another four hours in the evening,” he said to Al Jazeera.

Many of the residents told Al Jazeera they fear the summer months which are accompanied by the "khamsin", a ferociously hot sandstorm with temperatures reaching 50 degrees Celsius and wind speeds as high as 60kph. 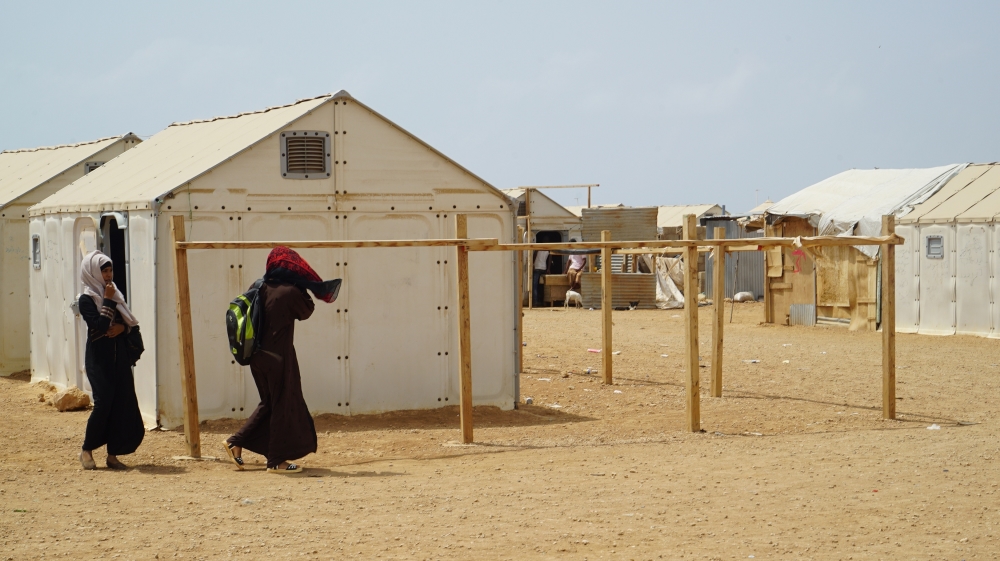 The UNHCR said that it is doing its best to help the refugees. "We hope that there will be continuity and the people will stay in the units, and that there will be funding for electricity in the summer," Vanessa Panaligan, the UN's media relations officer in Djibouti told Al Jazeera.

Panaligan further stated that the tents will not be able to withstand the impending “khamsin” storm that may come around Ramadan. "The sand gets everywhere, so they should be better protected with the housing units against the hot winds, the sand and the elements,” she added.

Meanwhile, hundreds of IDPs in Malaka Camp in Hajjah Province, Yemen, live in water shortage. Around 500 households live in this region. In the past, clean water was provided by an international aid agency, but now the water tanks have dried out.

Abdu Ali, a refugee teenager, has to spend hours a day just to get clean water as he searches for clean water each day.

“I am not able to continue with my studies. I only search for water. We have been fleeing for more than four years. First we fled to Haquf camp, but due to heavy shelling we had to come to this camp. It is hard to find shelters, food, medicines or water here,” Ali explained to Al Jazeera about the prolonged crisis resulted by the civil war. []

UN Hopes for Truce in Yemen During Ramadan